Preview Mode Links will not work in preview mode

This week the Grue-Crew sing the praises of Paul Rudd's wonderful 70s-inspired mustache, avoid zombies building chair castles, and hide from an evil version of Laurie Holden. First up is the feature Mute from director Duncan Jones, neo-noir thriller with killer performances from Alexander Skarsgard, Paul Rudd, Justin Theroux. The French-Canadian epic Ravenous from director Robert Aubert takes a unique look at the zombie apocalypse. Director Adam McDonald delivers chills and thrill with an emotional backdrop of loss, pain, and neglect with Pyewacket. The hunt is on for the diamond in the rough. Doc Rotten from Horror News Radio and Jeff Mohr from Decades of Horror: The Classic Era are joined by Rafe Telsch and Vanessa Thompson. 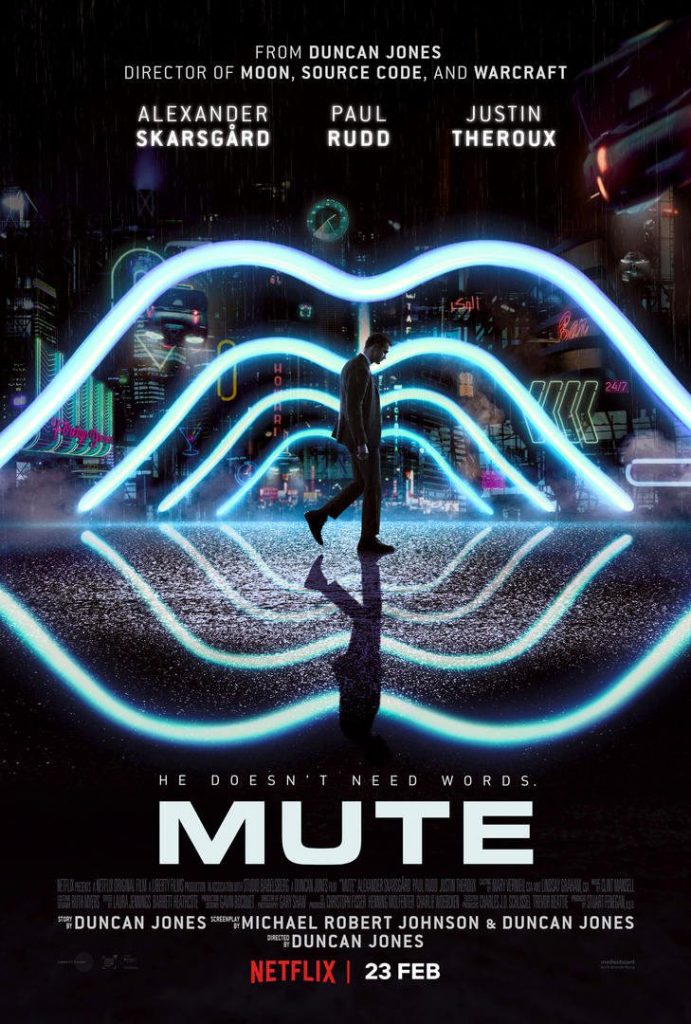 A mute bartender goes up against his city's gangsters in an effort to find out what happened to his missing partner.

In a small, remote village in upstate Quebec, things have changed. Locals are not the same anymore - their bodies are breaking down and they have turned against their loved ones. A handful of survivors goes hiding into the woods, looking for others like them.

A frustrated, angst-ridden teenage girl awakens something in the woods when she naively performs an occult ritual to evoke a witch to kill her mother.

The Grue-Crew behind GruesomeMagazine.com gathers to review the latest horror film available on VOD, streaming, and from independent filmmakers, searching for the diamond in the rough. If it is scary, gory, creepy, or just blindly WTF, Gruesome Magazine will suffer the bad and champion the great.